Home > Blog > Sprint Retrospective: how it works and which are its goals 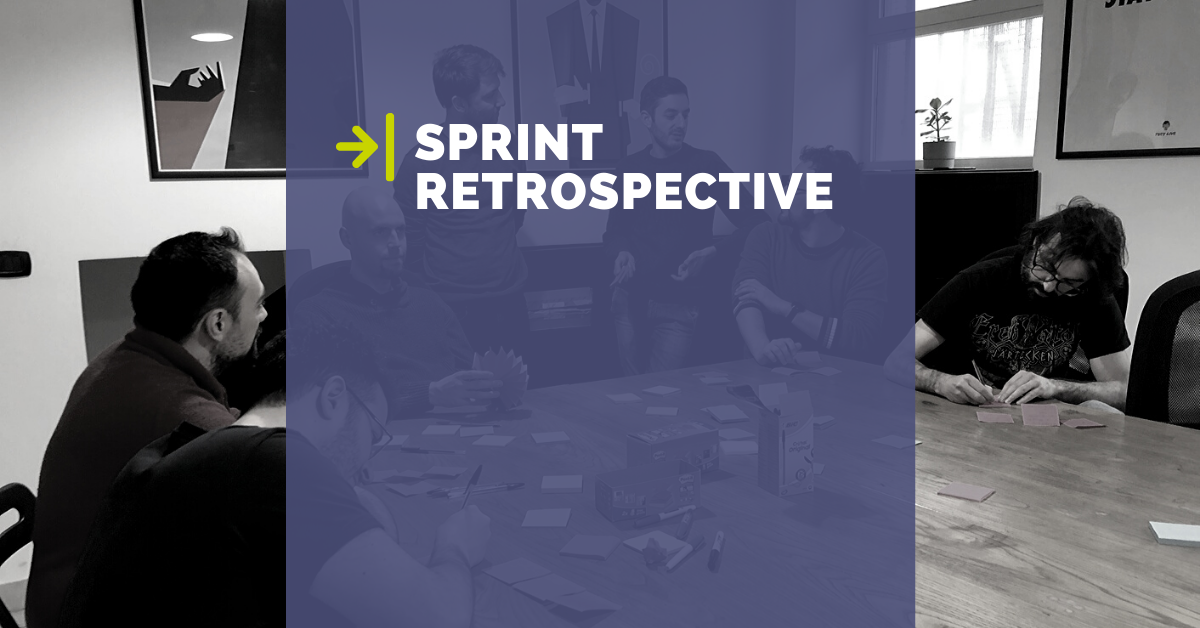 The protagonists of this meeting are the Development Team, the Scrum Master and the Product Owner. Let's see how it works and which are its final goals.

As stated in the Scrum Guide, the Sprint Retrospective represents an opportunity for growth and improvement. A moment to be dedicated to work inspection and to the planning of more productive activities during the next Sprint.

A reflection that needs to be concluded, however, with concrete and immediately applicable activities, in perfect Agile style.

The Sprint Retrospective is a post-it-based meeting - yes, it’s them again - in which the team identifies the causes of some dysfunctions recorded during the working period. But it does not end here.

Its aim is also to increase productivity and satisfaction with the achieved goals. Besides analysing critical issues, in fact, we focus on the solutions, the improvements and the actions to be implemented in the next Sprint.

We could say that this is the moment for stock-taking, that fundamental pause in which we focus on understanding errors and hitches, in a positive perspective of continuous improvement.

So how does a Sprint Retrospective work?

This is the basic model provided in the Scrum Guide. 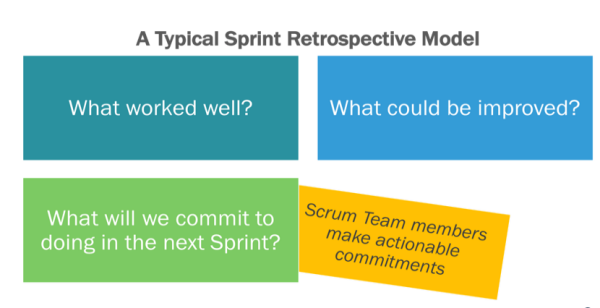 The Sprint Retrospective is fundamentally divided into 3 phases:

This kind of meeting can only result in a strengthened and more proactive team.

After explaining the theory, let’s get to practice.

20tab uses a Scrum process in our daily work: this helps us stay focused, be more autonomous and independent, but most importantly work pragmatically, achieving the quality goals that guide us. Here you can learn more about our mindset and and the methodologies we use!

Our team faced a Staff Meeting Retrospective just a few weeks ago. We decided to tell you - ok, not in the most secret details! - how we structured it and what came out of it.

We started with 3 columns on the wall:

At this point each team member wrote his thoughts on a post-it note which was stuck on the first and second columns, those dedicated to critical issues and achievements. 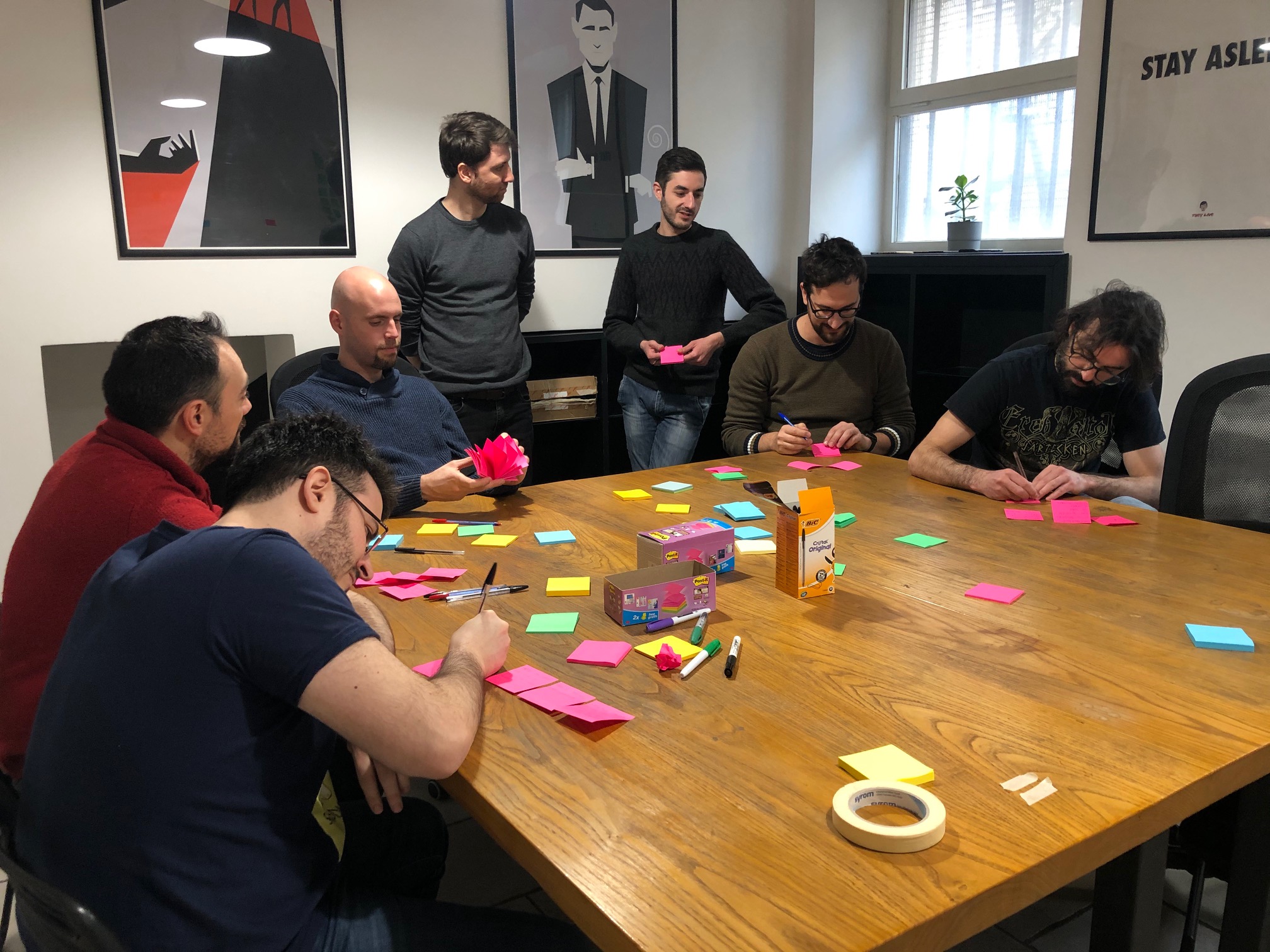 We discussed all together the issues that came out and joined all the post-its linked to the same topic, sorting them according to the importance they were attributed. 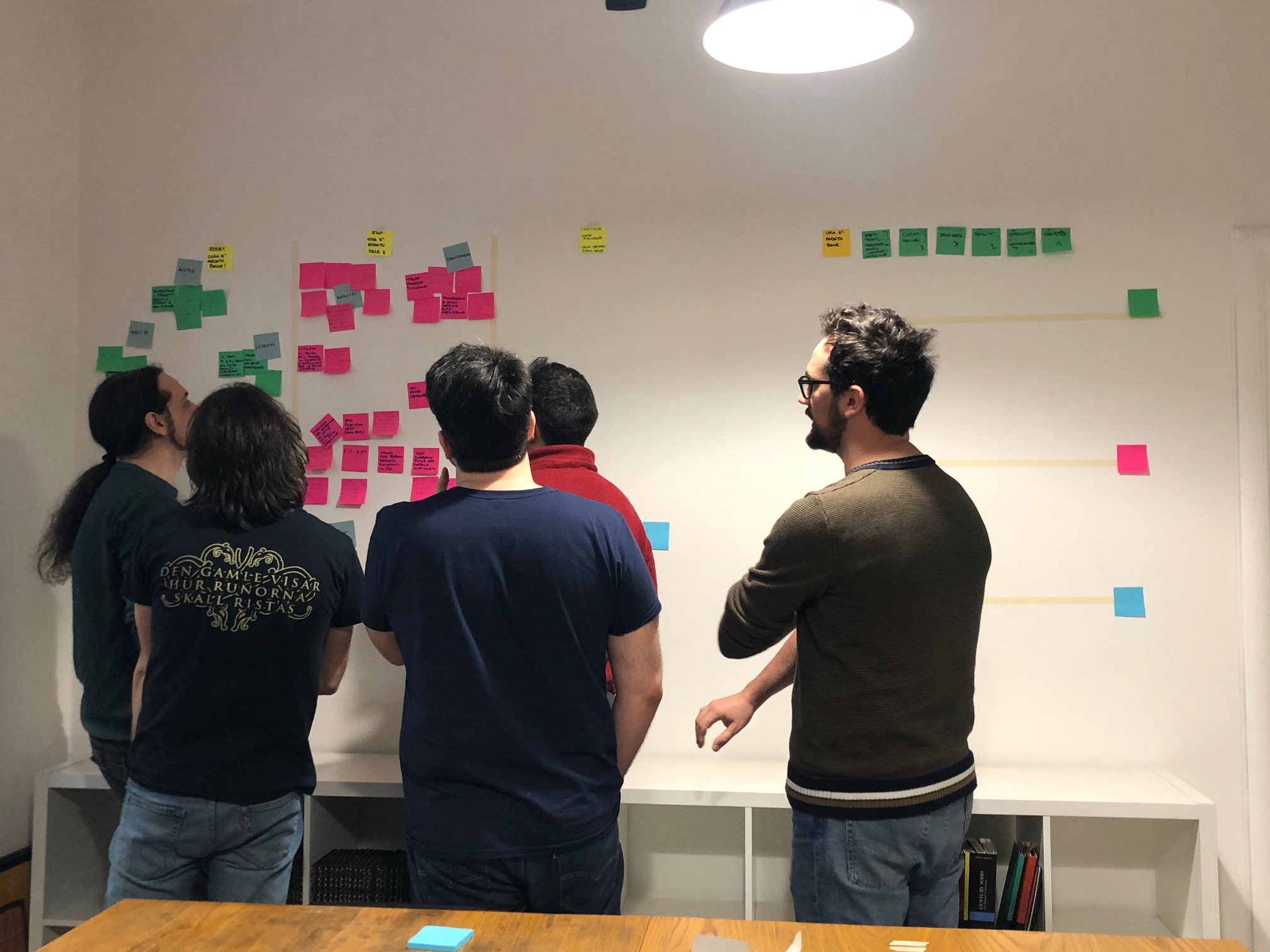 We then got to the third column.

The procedure here was the same as before: post-its for everyone, different opinions, discussion and final list. 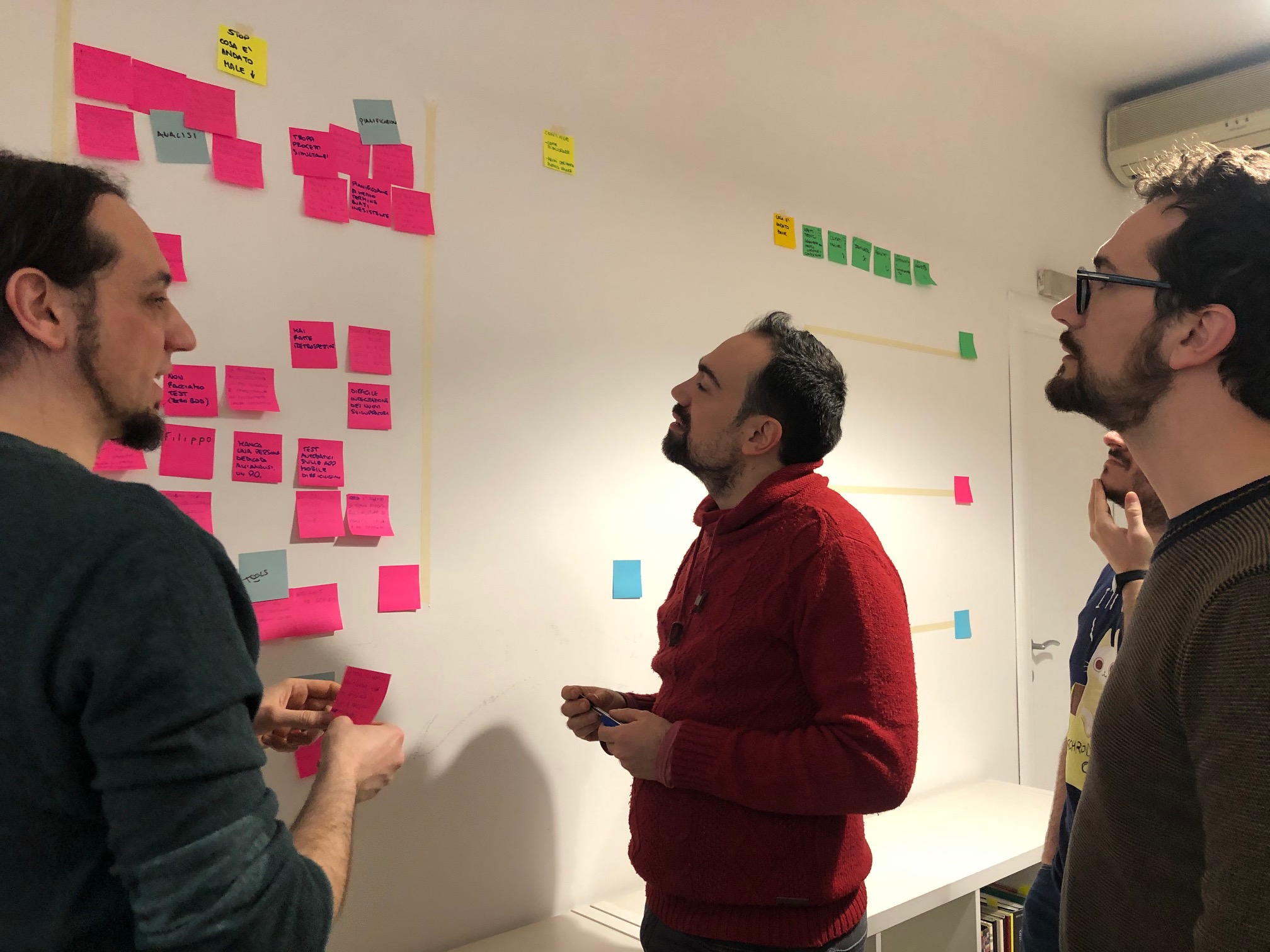 Each participant identified solutions and activities to be included in the next Sprint, in order to avoid already registered problems and to continue working on already identified positive aspects.

Why is Sprint Retrospective is so important

Many may argue that this practice takes precious time away and only brings up problems that might heat the discussion between the team members rather than uniting them.

It is not exactly like that. It represents an investment.

The Sprint Retrospective is a moment of debate, which allows the team members to have their say on what has been done, to express doubts and decisive proposals.

It is fundamental since it makes every single participant feel important and because it strengthens the team spirit at the same time, which is necessary to carry on the work, with good results and in a positive and open environment.

In short, a further and continuous opportunity for team building not only focusing on what did not work out.

For example, we used the classic method of the retrospective but we introduced the identification of the elements of added value in the final phase. Our goal was not limited to the identification of friction points, but included also all the achievements that help motivating and increasing trust in the team.

After all, the ultimate goal is to always and constantly improve, to offer customers high-quality projects that are carried out efficiently, to work in a proactive and humane environment. 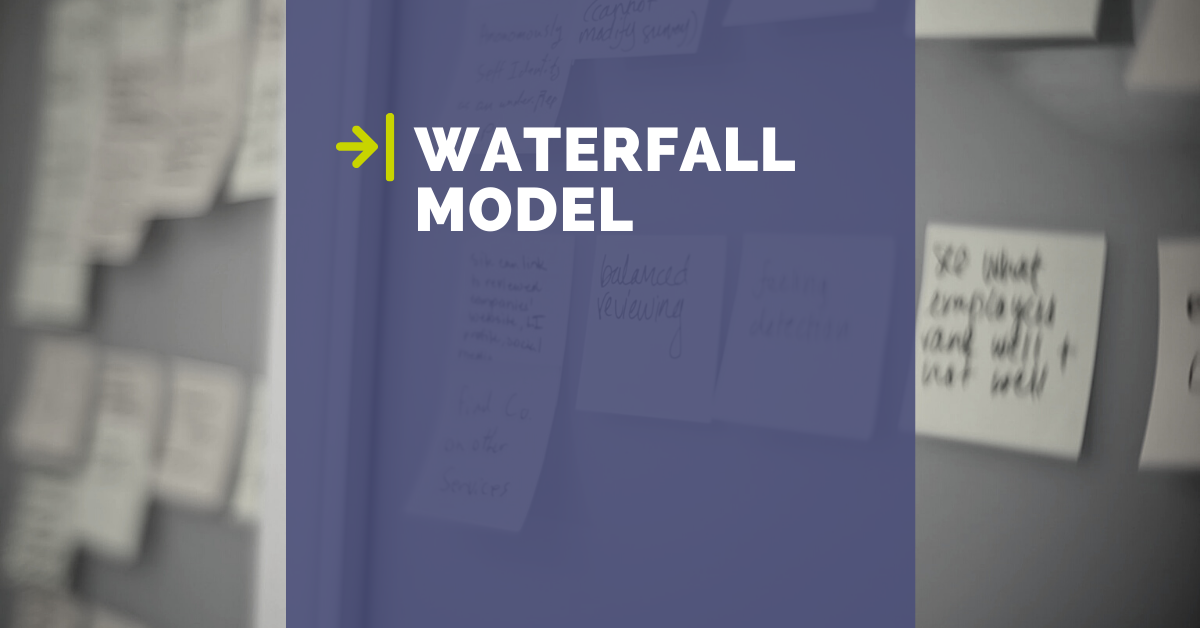 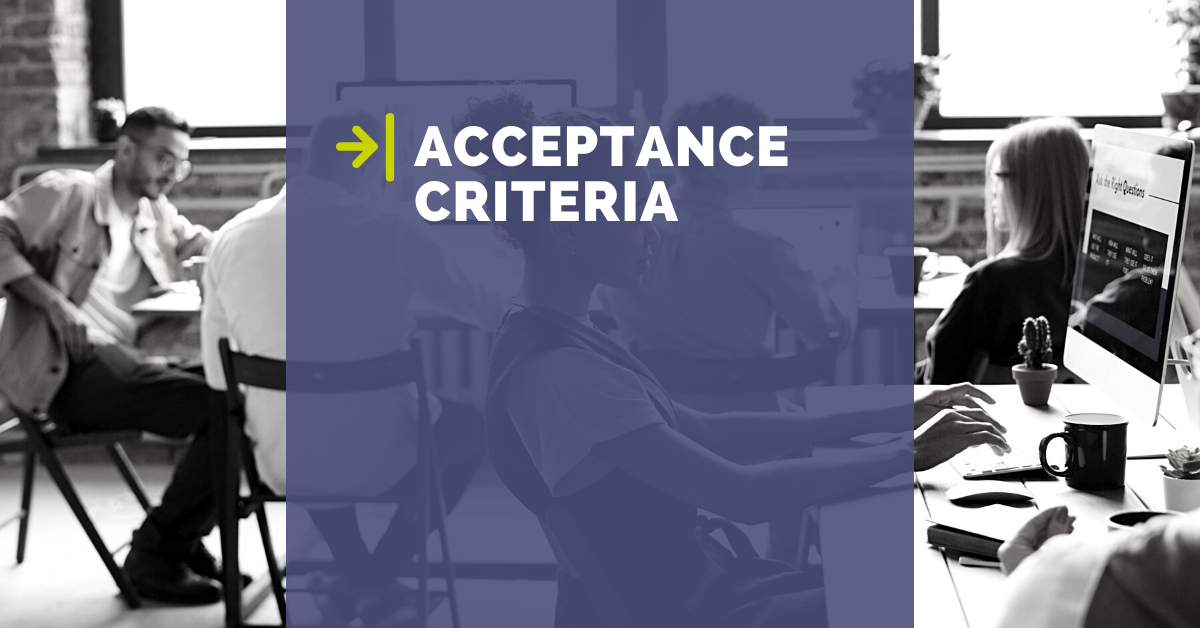 Best Practices for the writing of the Acceptance Criteria