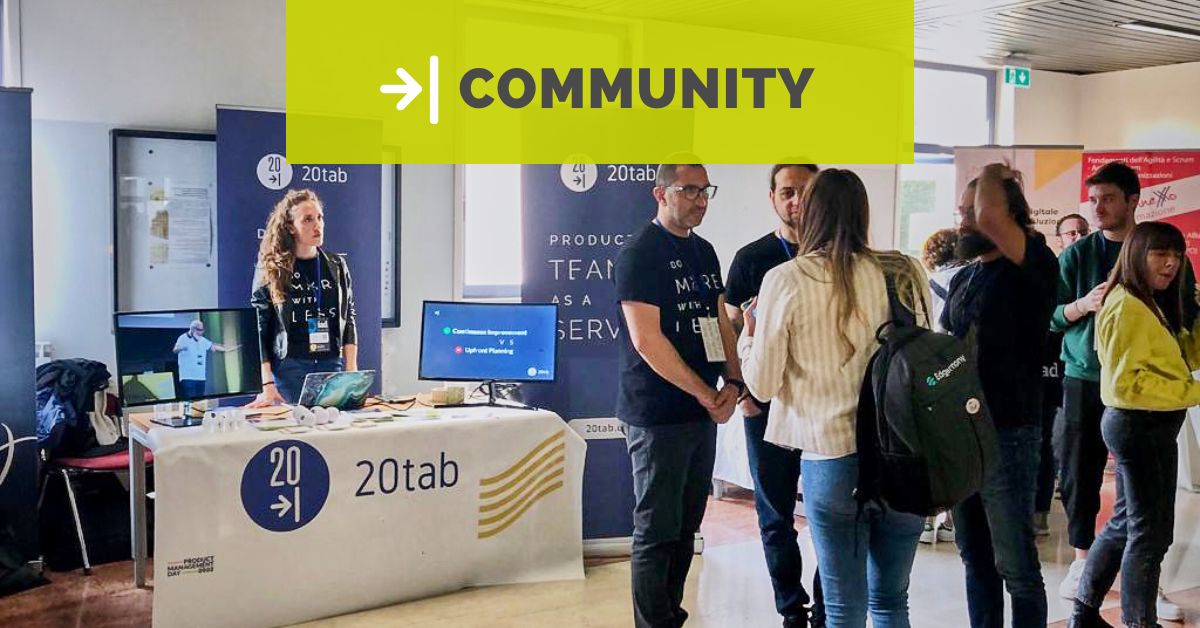 IAD, the biggest Italian conference dedicated to Agile and Lean, took place in Brescia on the 13th and 14th of October 2022.

The 20tab team could not certainly miss it, and besides participating as a sponsor, some team members closely followed talks and workshops, later telling us details and impressions.

How was the conference organized? Was it your first time attending?

Gabriele: I have been attending for a number of years as a spectator, but 20tab was there as a sponsor this time. The conference was organized according to a schedule that included a first day of workshops and a second day of talks.

Mirko: It was my second time, because of this it was easier for me to network. There were three or four different talks every hour, and this gave the possibility of having a wide variety of topics to choose from.

Raffaele: It wasn’t the first time for me, and I always try to attend this conference. It was my first time in presence IAD after the pandemic, and I was thrilled to be there again in person.

Serena: Yes, it was the first time for me. There were rooms of different sizes and each hosted all kinds of talks, shorter or longer.

Were there topics that you found more interesting?

Gabriele: As for the workshops, I participated to Alberto Acerbi’s “DDD in practice: patterns to switch from monolith to micro services”, Andrea Gelli’s “Inception Deck: A Starter Kit”, which was very interesting because it focused on the initial phase of the projects, what in 20tab we call exploration and which is a crucial topic for us.

I also followed “A design speaks a thousand words” by Francesca Martinuzzi, who talked about the importance of the visual part of the activities. During the second day, I was struck by Fabio Armani’s talk “Product Values – ethic considerations”, Nigel Thurlow’s “Myth busting in Agile Scaling” and Andrea Provaglio’s “Why Agile Transformation Fail (and what to do about it)”, all very interesting and rich in content.

Then I managed to follow Alessandro Giardina’s “Bodies for rent: how to remove the aberrations of ‘body rental’ – the agile day”, another key theme in 20tab.

Ileana: I was with Serena at the 20tab information booth and I followed some talks. I really liked the one presented by Fabio Armani “Product Values – ethic considerations”, which broadly spoke about ethics and specifically highlighted the ethical aspect in the production of a product.

I then followed Andrea Provaglio’s talk, who showed the different critical points within companies, and also Alessandro Colla’s “What is happiness to you”, who analyzed one’s happiness using data obtained from various scientific types of research.

Mirko: Many topics were towards the agile culture. Those focused on the agile management organization were the ones I liked the most, not so much those referring to the practical part but the more philosophical, strategic, theoretical ones.

I was very interested in Nigel Thurlow's talk “Myth busting in Agile Scaling”, as it introduced a new way of doing agile that involves Managers in the direct management of the problem, and Andrea Provaglio's “Why Agile Transformation Fail (and what to do about it)”.

I also followed "Bodies for rent: how to remove the aberrations of the ‘body rental’ - the agile day" by Alessandro Giardina and "Product Values - ethical considerations" by Fabio Armani, both very interesting and engaging.

Raffaele: I attended three workshops on the first day, and followed several talks the next day. I was very impressed by Dimitri Favre's speech “Ask who the Beatles were, or ask what agile is”, who talked about agile in a truly original way.

I also followed “Why Agile Transformation Fail (and what to do about it)” by Andrea Provaglio, which was an inspiration to me, and “Product Values – ethical considerations” by Fabio Armani, really touching stuff if you are interested in work ethic.

Quite original was also Alessandro Colla's talk "What is happiness to you", which focused on what influences one’s happiness by using scientific data.

Serena: I was mostly busy at the 20tab information booth with Ileana, but I followed a few talks. Fabio Armani's "Product Values - ethical considerations" was very emotional and engaging, and I also found Dimitri Favre’s "Ask who the Beatles were, or ask what agile is" by Dimitri Favre very original, which left me with several points for reflection and study.

What do you bring back in 20tab from this experience?

Gabriele: The awareness of the role of 20tab compared to other Italian companies that operate in the same field, and knowing that the agile theme is increasingly widespread among people.

Ileana: The satisfaction of being part of a team that fully embraces the agile mindset, and the desire to continue with the disclosure on this topic.

Mirko: Being always more convinced that the agile transformation is continuous and constant, and therefore becoming aware of not being able to stop and wanting to keep improving. And the difference between a human relationship and a professional relationship: you can be friends having different professional and working views, and vice versa.

Raffaele: Definitely the usefulness of networking to make 20tab increasingly known in the agile environment. On a practical level, however, I would like to bring in 20tab a debate on how we do functional tests. In the company we use BDD, but after following the “Test Driven Outside-In Development” workshop, I felt the desire to compare it with ATDD, an equally interesting way of working on acceptance tests. 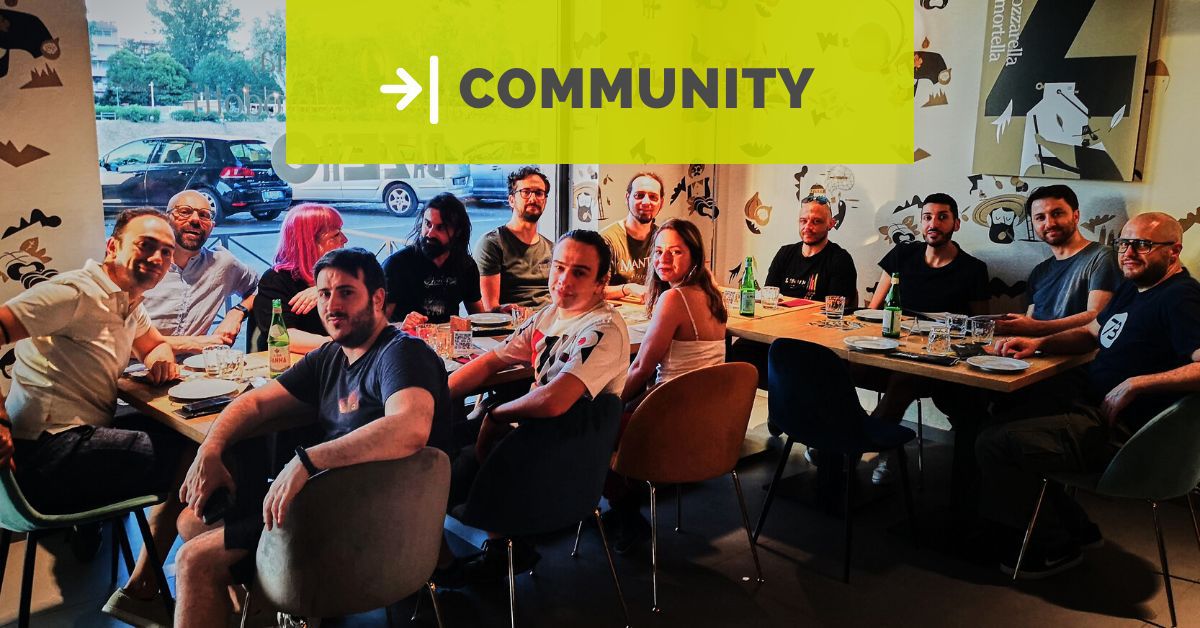